Audiovisual multichannel experience for two 35mm projectors, 4 turntables and as many audio channels as possible. 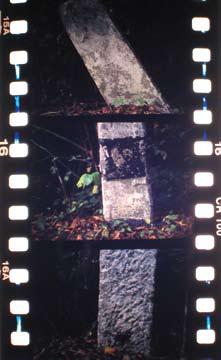 Birds Build Nests Underground decided to attack traditional cinemas by using the venues‘ normal equipment differently and employing primitive repetitions and rough minimalism. Martin Ježek has created more than 40 three-second film loops using a simple half frame camera ČAJKA II of Soviet provenience and unique characteristics that augments the regular movie camera. (the standard length of a 35 mm film reel times two = 72 frames). All of the loops will be played on both projectors of the Cinda while Petr Ferenc and Michal Brunclík will route their turntables into the multi-channel amplifiers of the venue’s DOLBY system while and making sure their artistic efforts will not be limited by the presets of the in-house sound chain. Various meticulous preparations of the record grooves will create loops of sound and all three band members will respond to the dynamics of the images and vice versa. As with such endeavors there always remains a possibility: that nothing will happen, which can also be interesting.

An elegant live mix of ethnopoetic visuals, chants and music

Urban Space Epics evolved out of a series of projects and adventures, including work with San Francisco psychedelic light show artists, 20th century composers and street music in North Africa and Spain.  For 2 decades the ultimate goal of Urban Space Epics has been to improvise projected visuals, sung-poetry and music on epic structures, with an urgent expressionism fueled by urban experience and animist imagination. Sometimes perceived as a non-musical project Urban Space Epics efforts have been directed towards live performances that stay and reside in the viewers mind differently from what is usually on the bandstand. Hypnotically chanted narratives, gamelan like sounds generated from electrified Kalimba’s, jazz inflected electronic keyboards, and music-concret passages are all part of the Urban Space Epics sonic mix.  The upcoming performance includes digitized experimental film footage filmed in central Mexico and Southern Spain for the ethnopoetic expressions of Urban Space Epics. Visuals will be sublimely mixed live by visual artist and VJ Jakub Grosz. Now based in Prague, variations of the Epics can be heard sporatically in conjunction with projects by Extraterrestrials, Birds Build Nests Orchestra, Pronefoal and other forward looking artists.