You cannot talk about fetish without at least mentioning planet earth’s number one leader on the subject. Japan has it all when it comes to this stuff. When you hear about the suppressed fart sniffing Brits or the pain junky Germans they pale in comparison to the fetish capital of the world.
We have all seen the baby doll culture, the people who marry body pillows and the guys who get together for a game of soggy human. But it is the extreme stuff that keeps Japan at the forefront of the fetish game.
We talked with some of Japan’s weirdest fetishists to try and peer through those epicanthic folds and see what makes them tick. Yakumi Muramasa runs a brothel and production studio in the Yoshiwara district if Tokyo. Moto Watanabe is the doorman / barman / go-to-guy and is the first guy you talk to when you come in. When we arrive he tells us to sit and that Yakumi will be with us shortly. He makes us drinks and shows us a yellowed laminated folder showing all the highlights of the club. Somewhere between the extra large “gaijin” sized beds and something that looked liked someone ordering from a deli in a sauna we asked him about some of the things people ask for when they came to a place like this.

M: We get all kinds, mostly businessmen come to us, but occasionally comes one guy who wants to be treated like a baby. He wears the nappy, sucks the thumb and even poops himself. He has to pay excess to have it cleaned up.

Why are the Japanese so uninhibited with their fetishes?
M: I don’t know. Maybe it has something to do in our history. We have always been warrior culture. The idea of role play and hierarchy is inbuilt to our everyday life. When a man comes to here he doesn’t want to be the boring guy on the subway he is everyday, he wants to be something special, a modification of the mask perhaps.

And the women, how do they deal with always being on call to a guy’s every wish?
M: They like it. You see, in Japan the girls are supposed to be very servile. When a man comes in here the girls know that sex will be something different, maybe she will be in leadership, perhaps she will even do what she wants, but that rarely happens with the pigs we get in here.

That is a bit harsh. They really have no say over what they like to do?
M: Hey! Don’t get me wrong, these aren’t the girls who sit quietly with you at home, the girls we have love sex. If not, they wouldn’t be here.

At this time Yakumi comes over, swiftly tells Moto to fuck off, fills our glasses and asks us what we think of his establishment. 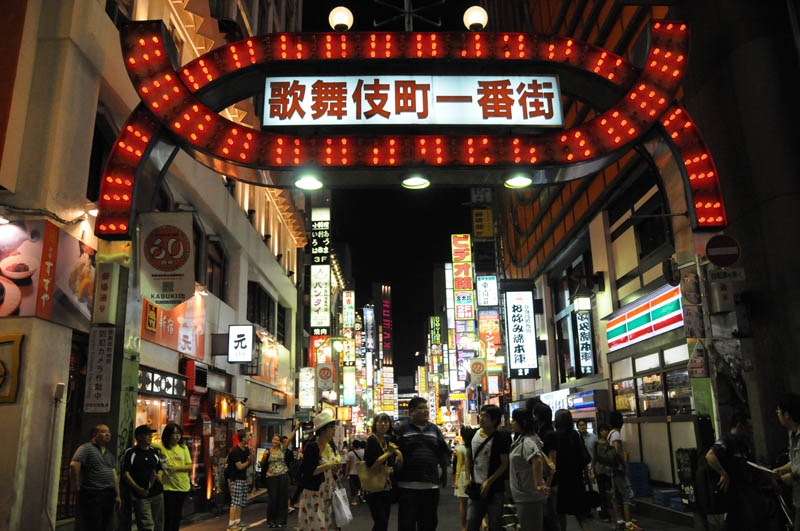 It’s a classy place. How many girls do you have working here?
Y: Between 10 and 15 on any night. For special weekends and holidays we have more girls. It depend when those arseholes have time to spend.

Yes.
Y: Well there are more, this one guy who came in every other month and would spend a full weekend tied up. Nobody was allowed to touch or feed him; he would just hang there in the corner all day and night. He would pay a lot of money to do it too.

How much would something like that cost?
Y: Let me tell you, I have this business for 22 years and not once have I had to worry about paying rent or staff. Fetish market is something that will survive the worst of recessions. When people are down they want cheap thrills and this is where they come to escape their shitty worlds. I believe this game is one of the first and will be one of the last.

Do you ever think people go too far with what they want?
Y: We had to turn away one guy recently who wanted to cut himself and bleed on one of the girls, simply for health reasons. She was ok with it but we run a clean business and can’t have the risk of disease any more than we need too. That said, all of our girls are guaranteed clean and the best you will find anywhere in the city.